It’s the end of the Broadway season, and you know what that means! It’s time for the Tony Awards! A night for Broadway to celebrate the best of the past year! After seeing some of these shows and doing my research, I have made my predictions for the winners this year. Since some of the categories are so close this year, I decided to also add a runner up for who else I think has a chance to win. Who did I pick? Let’s find out:

I remember first hearing the cast album and loving the music, but actually hearing it live is a whole other experience. The music is so much fun and all the songs are so memorable.

It’s Ms. Lauper’s first time writing on Broadway, but she’s no stranger to the music world and it was obvious she just wanted to have fun with this musical. This infectious pop score could win her a Tony, and make history for the first female winner for Score!

BEST BOOK OF A MUSICAL:

I fell in love with this movie when I was younger, and I fell in love again after seeing Matilda on Broadway. This whimsical retelling brings out the most endearing qualities of these characters and it definitely deserves a win.

A Tony favorite, Harvey Fierstein has done it again by bringing out the past struggles and loving qualities that bring Lola and Charlie together.

BEST PERFORMANCE BY A FEATURED ACTOR IN A MUSICAL:

His hilarious performance as Mr. Wormwood makes him a nasty character that you hate to love and love to hate. He is a great comedian and stands out in this big production.

I have seen Terrance Mann in The Addams Family, and he once again brings his great acting to the table in Pippin as Charles.

BEST PERFORMANCE BY A FEATURED ACTRESS IN A MUSICAL:

Andrea Martin is a fantastic performer and absolutely shines in the Broadway revival of Pippin. Bringing acting and comedic chops, she is sure to win the Tony this year.

Another funny lady, Annaleigh Ashford brings her spunk and optimism to her character Lauren in Kinky Boots, making for a lovable performance.

BEST PERFORMANCE BY A LEADING ACTOR IN A MUSICAL:

With his hilarious role as Miss Trunchbull, Bertie Carvel made the audience laugh throughout the show. Every line, every entrance brought you attention to him. I would be very surprised if he didn’t win this year.

With the show’s only nomination this year, Chaplin star Rob McClure captured the famous Hollywood icon flawlessly on the stage. He may be a cane’s length away from the award this year.

BEST PERFORMANCE BY A LEADING ACTRESS IN A MUSICAL:

I saw Patina last year in Sister Act and, boy, does she know how to entertain a packed theater night after night. She does Fosse and acrobatics with the best of them in this show, commanding the attention on stage. She deserves to win this round.

Drood is a fantastic show, and Stephanie had a big part in that success. She has an incredible voice and played this over-dramatic character perfectly. This may be her first Tony nomination, but Stephanie has wowed us for a while now  and it might be her time to win.

BEST REVIVAL OF A PLAY:

For audiences to be entertained in a three-hour show about marriage difficulties and raw emotion, and feel like no time went by at all, shows how great this production is. This talented cast led by Tracy Letts is a top contender for the prize.

Runner-Up: The Trip to Bountiful

This endearing story about a man bringing his mother back to her childhood home is led by and an all-star cast that includes Cicely Tyson, Cuba Gooding Jr. and Vanessa Williams, is another possible winner to look out for.

Winner: Vanya and Sonia and Masha and Spike

A spectacular cast, including David Hyde Pierce and Sigourney Weaver, tell a great story, creating a hilarious night on Broadway. It’s a show that uses its actors best talents, while showing them in a new light to audiences.

A great production that shows the changes in a family over time via great writing and a great cast, including the Drama Desk winner Judith Light.

BEST REVIVAL OF A MUSICAL:

The American Repertory Theater brought another amazing show to Broadway this season. Dianne Paulus brought in a circus-themed element to the show, while still keeping the magic of the original. Patina Miller shines as the Leading Player in an already stellar cast of actors and acrobats.

Runner-Up: The Mystery of Edwin Drood

Roundabout brings back the Best Musical winner to Broadway. In this zany review of an unfinished Charles Dickens’ book, it’s a fun night in the theater. Stephanie J. Block, Will Chase, and Chita Rivera bring together one of the best casts of the season.

A truly heart-warming story of a little girl who stands up to the evil adults in her life, it’s a David and Goliath story we can all relate to. With a beautiful set, great story, entertaining score, and a strong cast all around, I left the theater knowing I just saw the Best Musical winner.

A shoe factory that faces hard times decides to get “kinky” and change their views of the world. Stark Sands and Billy Porter lead a show with an amazing production team and amazing music that will make you dance in the aisles.

While stars are walking down the red carpets on Tony Night, I will be at home in my pajamas eating a pint of ice cream in front of the TV. I hope you will join me too, for no matter who wins, it’s about celebrating the best art form in the world! 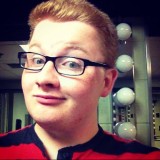