This week’s Macy’s Thanksgiving Day Parade Program at Camp Broadway has been drawing attention from all over the country. As families nationwide turn their eyes toward their televisions on Thanksgiving morning, Camp Broadway will be among many special performing groups, solo artists, clowns and balloons to usher in the holiday season!

This year’s cast of 132 12 to 16-year-olds was chosen from an audition pool of over 1,000. Camp Broadway’s creative staff traveled to the stops on Camp Broadway’s summer tour in order to conduct a nation-wide dance audition which turned up an incredibly talented cast of teens for this year’s event! We are now on day 4 of the program and costumes have been fitted, choreography learned, and music rehearsed. Final touches are being placed on the performance with a makeup workshop yesterday and today’s rehearsal in Herald Square, in front of Macy’s!

The week also provided a great opportunity for parents to get a taste of what it’s like to participate in Camp Broadway. The Broadway Jukebox Follies teaser invited about 50 parents and guardians of Cast Members to join Camp Broadway choreographer Holly Raye (Fame, Guys and Dolls) and accomplished Broadway musical director Carmel Dean (Spelling Bee, American Idiot) in learning “I Will Survive” from Priscilla Queen of the Desert. Cast Members from Priscilla even stopped by to have a Q&A session with the participants of the Follies and offered advice on how to help their child enter into the professional world of performing. Take a look at a video taken by a Macy’s Cast Member while watching his dad perform, HERE! (Thanks, Aaron!)

We have also been trying to keep up with all of the media coverage of our Cast Members! Each day, more and more pieces are being written about the Camp Broadway Kids, telling their story and often ending with a big “Break a Leg!” from hometown locals. Take a look at Camp Broadway’s MEDIA COVERAGE page to get a taste of what is being said about Camp Broadway’s highly-anticipated eighth performance in the Parade!

All in all, there’s lots to be thankful for! A happy Thanksgiving to all and don’t forget to watch Camp Broadway on the Macy’s Thanksgiving Day Parade. The Parade airs this Thursday (Thanksgiving, November 24th) starting at 9:00AM on NBC-TV. 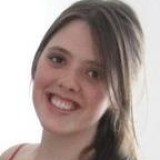