The theater is a place for art. It is a place for passion, for beauty, and for creativity. But in addition to all of these, the theater is a place for learning. One of my favorite things about Broadway musicals is the fact that each one has a distinct message that viewers can take home. To honor the important messages that these shows portray, I’ve compiled a list of the top ten real-life lessons we can learn from Broadway musicals. These are, of course, in no particular order. We all know that choosing a single favorite show (or lesson) would be nearly impossible! So without further ado, I present to you my Top Ten Lessons From Broadway Musicals.

10: “Courage cannot erase our fears, courage is when we face our fears.” This nugget of wisdom, presented in song from the hit musical Newsies, holds true. Being courageous doesn’t necessarily mean being fearless. Courage truly comes from those like Newsies hero Jack Kelly, who stands up for what he believes in, even when faced with fear.

9: Choose love, not war. This is the message of the iconic “American tribal love-rock musical” HAIR, which deals with the public response against the Vietnam War. HAIR portrays the message that love, kindness and happiness will always triumph over violence.

8: “Everyone’s a little bit unsatisfied.” On the surface, this lesson from Avenue Q may seem a little bit cynical. But it’s not saying that nobody’s happy. Rather, this lesson suggests that people can be happy and fulfilled, even if they don’t know their exact purpose. To me, this means that nobody knows their exact purpose, but we all still have the right to be optimistic and live fulfilling and happy lives.

7. Santa Fe is a really cool place. I’ve never actually been there, but both RENT and Newsies make it out to seem absolutely charming. Maybe I’ll have to go sometime. If so many different musicals sing about it, it’s got to be a lovely place.

6. It’s great to be different. This lesson is supported beautifully by the quirky musical The Addams Family, based on the 1960’s TV sitcom. The musical deals with an eccentric family, concerned that those around them are “too normal.” The Addams Family teaches us that it’s a good thing to be different- it can even provide an exciting change from the every day.

5. Laura Osnes is actually a princess. We’ve always known she was something special, but now that we’ve seen her in Rodgers and Hammerstein’s Cinderella, we can call it official. Laura Osnes has royal blood. That’s the only reasonable explanation as to how she can be so perfect.

4. “Everyone deserves a chance to fly.” This lesson from Wicked is entirely true: everyone deserves a chance to pursue what they love. Wicked continues to provide real life lessons as it tells us the backstory of the “Wicked Witch of the West,” or as we know her, Elphaba. Wicked shows Elphaba came to earn her wicked title, teaching us that not all “villains” are so evil after all.

3. Teamwork is the best solution. As The Book of Mormon shows us, teamwork is the way to get things done. When Elder Price and Elder Cunningham are tasked with recruiting Ugandans to the church, they think it to be impossible. It isn’t until they learn to work in tandem that they finally accomplish their mission.

2. It’s great to be a thinker. We learn this from Spring Awakening, as we see Melchior question common values and think of philosophy far ahead of his time. Melchi’s impressive intelligence not only adds to his character, but it impress the ladies, who swoon: “Melchior Gabor, he’s SUCH a radical.”

1. Women CAN sing Green Day. Rebecca Naomi Jones’ arrangement of 21 Guns in the hit rock musical American Idiot is living proof, and don’t you try to tell me otherwise.

Photo via Millie’s Movies to Watch 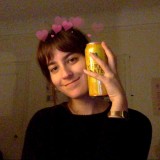