As a fellow theater nerd myself, the more I can learn about shows or the art of acting or creating shows, the more interested I become. This post is full of some recommendations for some really good reads that theater lovers everywhere will enjoy!

On The Line: The Creation of A Chorus Line– Recently I had the pleasure of watching the documentary Every Little Step, which follows the casting of the revival of A Chorus Line. While watching this I realized that the main story lines of A Chorus Line are actually based on real chorus people’s lives. I searched high and low for a good book that documented these stories and finally found this one which documents from the very beginning to the very end all of the aspects of the creation of A Chorus Line. On the Line is co-written by three people including original cast member Baayork Lee. There are a ton of pictures from rehearsals and workshops and it’s just a great inside look.

Better Nate Than Ever– Hailed as Judy Blume meets Stephen Sondheim by the Huffington Post, Tim Federle’s Better Nate Than Ever is a young adult read that is basically perfect for theater-lovers of all ages. We’ve had the pleasure of spending time with Mr. Federle in person (in fact, he’ll be visiting Camp Broadway’s NYC sessions this year as a special guest!) and his personable charm radiates just like it does in his page-turner of tale about a young Broadway-lover fulfilling his dream.

Stephen Sondheim: A Life– If you are Sondheim-obsessed like I am, this book by Meryle Secrest is a great read. It documents the prolific composer/lyricist’s entire life so far, starting from his birth. Sondheim is a musical theater genius and learning more about him has always been an interest of mine, and hopefully yours now too!

Acting Like a Kid– All of us have had dreams of gracing a Broadway stage at some point in our lives. Actor, and now writer, Henry Hodges has already done it more times than we can count! This incredibly childhood performer, now in his teens, recently released Acting Like a Kid which offers awesome stories and advice for young and old dreamers alike! He‘ll also be stopping by Camp Broadway’s NYC session this summer; we can’t wait!

Without You: A Memoir of Love, Loss, and the Musical Rent– This autobiography written by Anthony Rapp is a great read if you love Rent or even if you just like musical theater. It follows the very beginnings of the workshops for Rent, working with Jonathan Larson, his death and the development of the show. It’s very interesting to see the point of view of someone who actually went through the workshop process and was a part of the original cast.

Also in case you didn’t know, you can often buy the book and music for musicals such as Next to Normal, Once, Book of Mormon, and many more. When in doubt you can check out some plays as well! 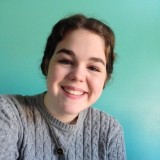