10 Songs (and 2 CDs) for your Summer Broadway Playlist!

Alright Broadway fans! All (or most) of the Broadway Cast Recordings for currently-running shows have been released, which means it’s time for Molly’s “Broadway Summer Jams” Broadway Playlist! All of this season’s best Tony Nominated (or snubbed) songs for your summer playlist!

I have such a talent crush on Patina Miller. So, even though I haven’t gotten a chance to really listen to Pippin, I love anything with her singing it. This song has stuck out for me, she just rocks the Leading Player role!

This show was technically off-Broadway, but they do have a recording coming out this summer, and it’s my playlist and I can add Off-Broadway if I want to (unfortunately, the recent recording isn’t yet available on Spotify, but we provided tracks from the original production with Norbert Leo Butz!)! This song is exactly what it sounds, a fast paced song about loving life. If that’s you and want a song about just having an AWESOME day, then this is your song.

Wanna go back to the 60’s? Dogfight is the perfect CD to do that! “Hey Good Lookin’” has a tune that had me snapping and wishing I owned a poodle skirt, while being able to pretend that attractive guys (helloooo Derek Klena!) were calling out to me. Even if for a dogfight.

Here is a good song for anyone who is auditioning late for MT programs, summer theater, or understand the trials and tribulations of auditioning. This song is Cathy’s monologue as she auditions for role after role, mixing the song she’s auditioning with and her thoughts during the audition. A hilarious song that I think many teen MT students will understand.

Because summer is the perfect time to be a little bit naughty! Enough said.

I love Annaleigh Ashford. I. LOVE. HER. Her song in Kinky Boots is perfect for jamming out. It has a bit of girl power in case of a summer breakup, but still is a great song for that summer crush!

4. When You’re Driving Through the Moonlight – Rodgers and Hammerstein’s Cinderella

There is nothing better than listening to this song while riding down the highway (even better if you’re not driving so you can lip sync and act to your heart’s desire) pretending you’re a princess on the way to the ball.

Alright, let’s all have a collective sigh for Stark Sands. (Siiiiiigh….) Okay, now that that’s done, here’s him singing about new beginnings and all around positive things. If you’re having a rough day, have Stark sing to you about how it’s only step one and just keep going.

WHOAAAAA OHHHHHH OHHHHHOHHHHOHHHH There’s nothing I can really say about this song. It’s just perfect and you’ll be hooked when you listen to it. I promise.

Billy Porter is fabulous, and this song is the epitome of his character. Step into a dream, the Land of Looooooola!! If you listen to the lyrics, they’re genius, and the melody is exactly what people would expect to have blaring out of the speakers of you car (if you care what people think about you listening to show tunes, I kind of stopped doing that).

Two All Around Good Summer CDs all around!

Bring It On: The Musical – Can I just say, I’m OBSESSED with this recording? If you like Legally Blonde: The Musical, you’ll like this CD. Fast paced songs with stellar lyrics thanks to the crazy talented Lin Manuel Miranda.

Kinky Boots – While Matilda is getting a lot of love from theatre award committees; this CD is a perfect show tunes CD for the summer. Some of us may still feel a little weird saying “…show tunes…” when asked what we’re listening to (WE SHOULDN’T!), but if you play this, no one will know, and maybe you can get a friend (or two!) to open their eyes to theatre!

Note from the editor: Love your list, Molly, but couldn’t help but add my personal favorite songs from the entire Broadway season to our Spotify playlist– “When I Grow Up” from Matilda and “On the Right Track” from Pippin! 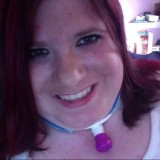